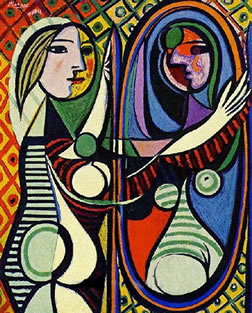 The term eating disorders (ED) refers to a group of disorders having as fundamental aspect  an altered relationship with food and with the body such as to compromise the quality of life of the person who suffers of them.

What are the characteristics of eating disorders?

Anorexia - Anorexia is a disorder characterized by a restriction of food due to an excessive concern for the weight and shape of the body.

Bulimia - Bulimia is a disorder in some respects similar to anorexia, the eating behavior of those suffering from bulimia implies, however, a self-perpetuating cycle of bingeing and compensation hoses aimed to avoid weight gain (self-induced vomiting, diuretics, laxatives, exercise excessive exercise, etc.).

Binge eating disorder (Binge Eating Disorder) - Is a disorder characterized by the presence of "binge" not accompanied however, unlike the bulimia, by strategies to compensate for the excess food intake.

Psychogenic obesity - generally is not considered an eating disorder in the strict sense, although, as in other eating disorders, many obese people have concerns about weight and shape.

What is it?
A service aimed to the study, evaluation and treatment of eating disorders.

For who is intended?
To anyone who feels that they have a problematic relationship with food and with the body, or suspected of suffering from an eating disorder.
To anyone concerned about a family member who is expressing his discomfort through a dysfunctional eating behavior.

In what way?
It consists in a course of psychotherapy and individual or group nutritional rehabilitation, this can be combined interventions on family or couple. Thanks to a team of specialists who share the same theoretical model, the intervention will proceed to take in charge the patient in the multi-dimensionality of the disorder, assessing and acting under the medical, pharmacological, dietetic and endocrinological profile, according to the needs of the case.

Who we are and how we work
Inside the De Sanctis CLINICAL CENTRE there is a specialized multidisciplinary team that includes psychologists, psychiatrists, medical specialists and dietitians who have been working for many years on the study and treatment of eating disorders. The diagnostic and therapeutic paths therefore provide for the integration of several strategies and techniques different from case to case.

The theoretical framework that inspires the intervention model is the Cognitive-Evolutionary Approach that, starting from the basic assumptions of cognitive psychotherapy, takes them into account,and integrating them, with the most recent contributions of empirical research on childhood, adolescence, clinical applications of the theory of Attachment, as well as studies on the Motivational systems.

Evaluation and acceptance phase
Thanks to the presence of a multidisciplinary team (doctors, psychiatrists, psychologists, dieticians), in addition to inform and accommodate the patient, it is proposed a psychometric evaluation aimed to explore and learn about their skills and abilities, reframe the problematic with food and evaluate the psychological condition in order to organize an individualized treatment plan. The intervention will then have a case-specific setting, that is the structuring of the treatment and the discussion within the team will take into account the demands and patient motivation. Every single area of intervention is continuously monitored within the discussions of the team, to ensure the consistency of the whole therapeutic process.

Treatment phase
The processing may include, according to the needs of each individual patient: